Tomorrow at 1pm, I’ll run across the starting line of the second race of my season, Oslo Ecotrail 45K. Oddly, I’m not nervous at all. I think it has to do with the fact that I’m racing a new distance (to me). The race is on a mixture of trails and pavement, so it’s hard to predict how long it will take. Also forty-five kilometers is kind of an ambiguous distance - is it an ultramarathon or just trying too hard to one-up a regular marathon? Whatever. I’m sure to get a solid pounding either way. 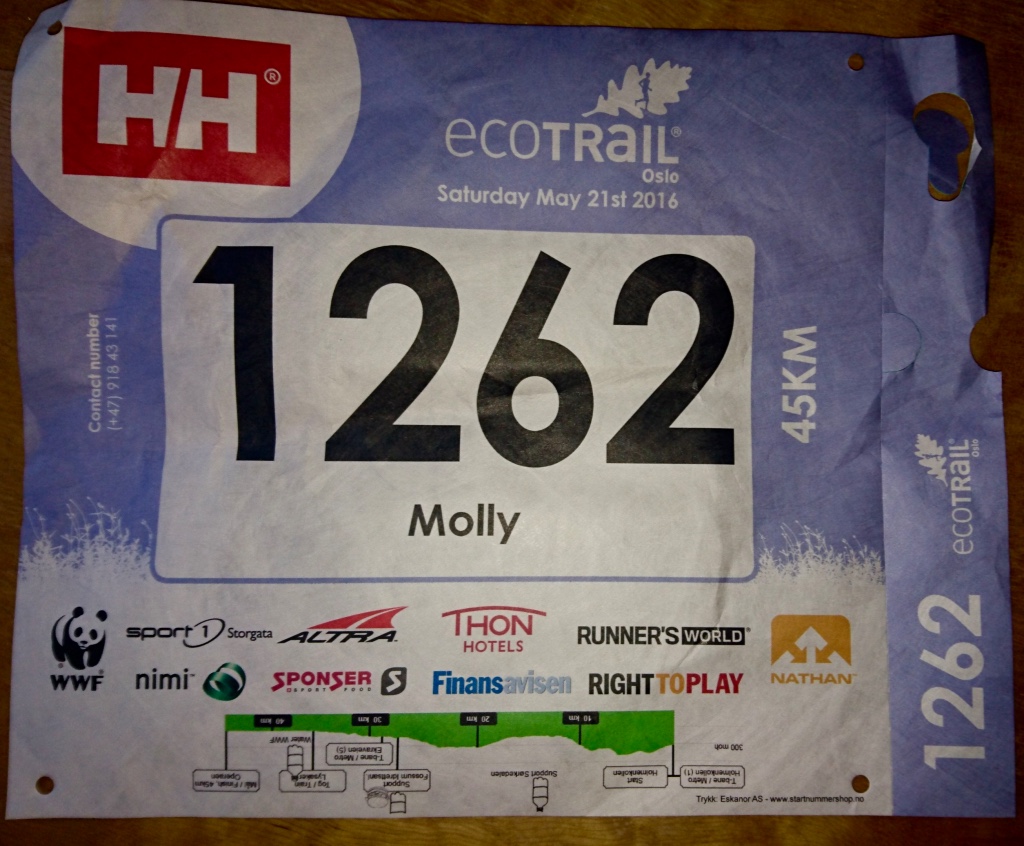 My goal for this race is pretty simple; I want to enjoy it! However, competing (even if it is only with oneself) is part of the fun of running races. By looking at the finishing times from Ecotrail last year and my own long run times, I suspect a 5 hour finish should be within reach. So I’m going to give myself the lighthearted goal of a sub-5 hour finish.

Now let’s do something fun: sum up my Ecotrail training, pre-race! Then after the race I’ll be able to tell you how well it worked.

The first block of my training this year, leading up up to Sentrumsløpet and an shiny new 10K PR, is pretty well documented. I had a plan, and I executed it very well, no major issues on the way. I even managed to balance lots of backcountry skiing with lots of running, which I think it probably a good way to prevent running injuries. Since Sentrumsløpet, I haven’t really logged my training here, mainly because it can be summed up by UTTER CHAOS! I won’t describe the last month of training in all of its gritty glory, but I will highlight a couple of workouts.

The day after Sentrumsløpet, I had decided I would do a long run of 30K. I know it sounds kind of idiotic, but I had this idea that doing a long run on race-thrashed legs would make for a great training weekend. Getting out of bed to run 30K the day after PRing in the 10K took some major self-trickery. In fact, if I can remember how I made myself do it I might be ready to become a motivational coach (HAHAHAHA). 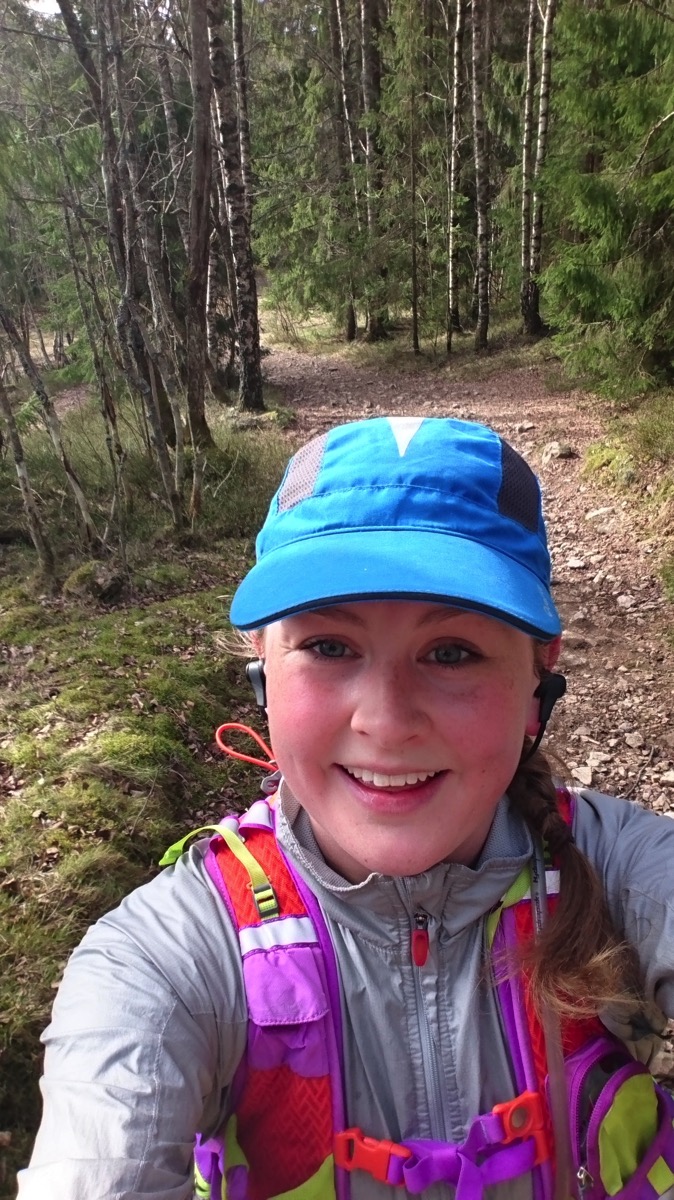 Early Sunday morning, enjoying the quiet forest on my 30K.

I had alternating snow showers and sunshine throughout the run, and rounded off 25 kilometers of technical trails with 5K of pavement pounding, simulating the Ecotrail course. Mission: trash legs, accomplished.

It took most of the next week to recover from the weekend’s hard efforts. I had a naive idea that I would be able to do a tempo run on Wednesday, but that simply wasn’t happening and I took it easy instead. At the end of the week I went to Berlin for a conference, and as I am wont, I found a park not too far from the hotel to run in. This particular park - called Treptower - was a good find, both spacious and scenic. 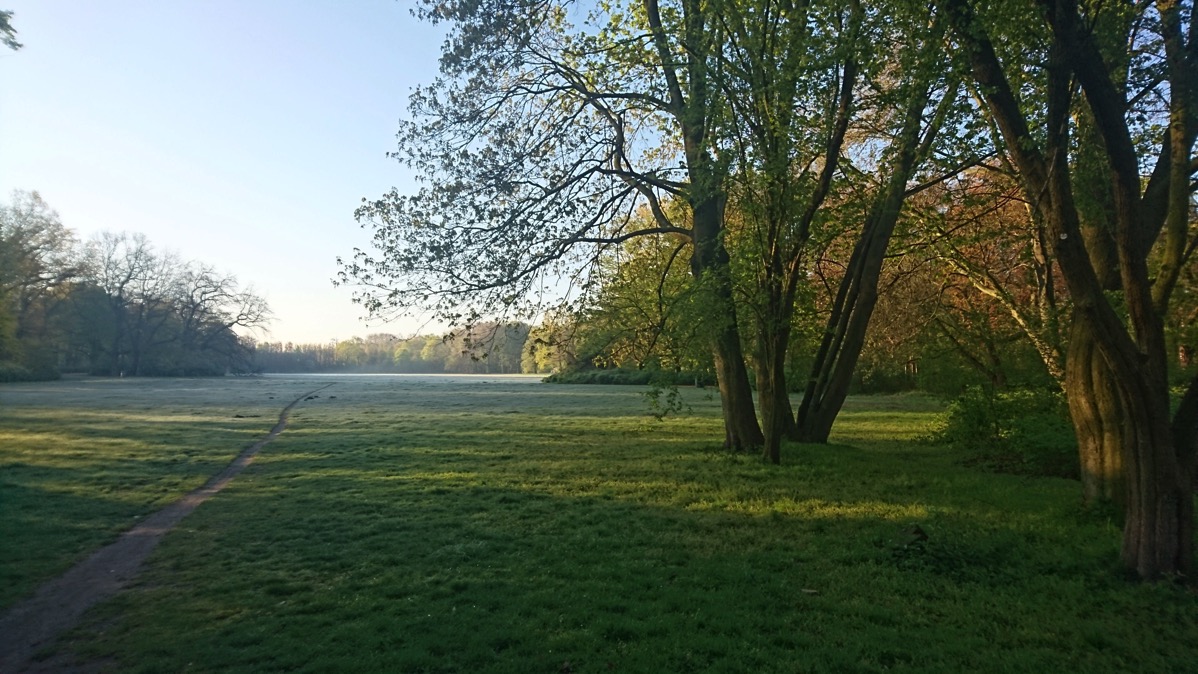 No, this is not clipped from a British costume drama, I actually went running here.

In sunny weather but chilly temps, I trotted all around the park, exploring. It is fascinating how incredibly flat Berlin is and how much faster I’m able to go without hills. No wonder the last six world record marathons have been run in the Berlin Marathon! 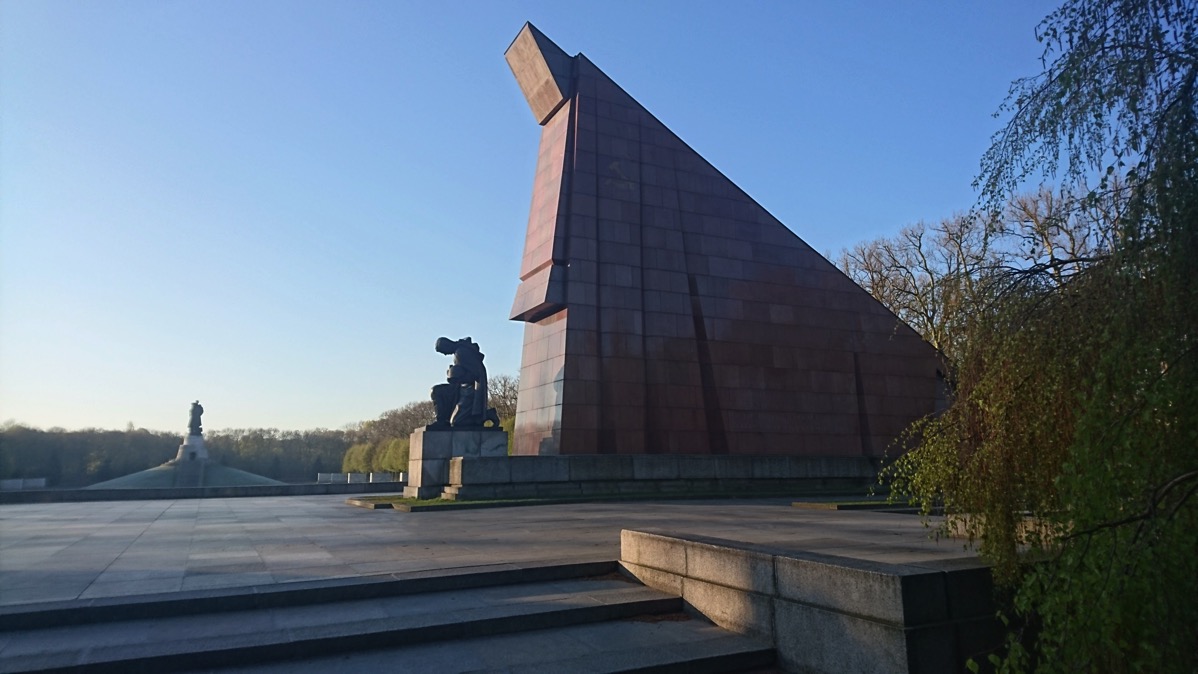 Pompous statues in the middle of Treptower park.

The next week was spent ski touring in Lyngen, much more of which here, here and here. After flying out of Tromsø in the pouring rain Sunday evening, it was a relief to come home to a flowering, sunny Oslo. I decided to take advantage of the summery temps and get in a longish run. I ran an extended route home from work through the forest, totalling 22K, and made the mistake of overexerting myself on what should have been a relatively easy effort.

I wasn’t wearing my heart rate monitor, since I have to serious chaffing issues (meaning the heart rate strap basically tries to dig a hole through my rib cage ever time I wear it for an extended effort). Nevertheless, I’ve trained enough with a heart rate monitor before to know that I was going way too hard for the steady effort this was supposed to be. But it was sunny out and I was running in shorts for the first time this year and I felt like a puppy prancing through the forest! I paid for the effort later in the week, feeling overly fatigue and kind of stupid for making that rookie mistake. 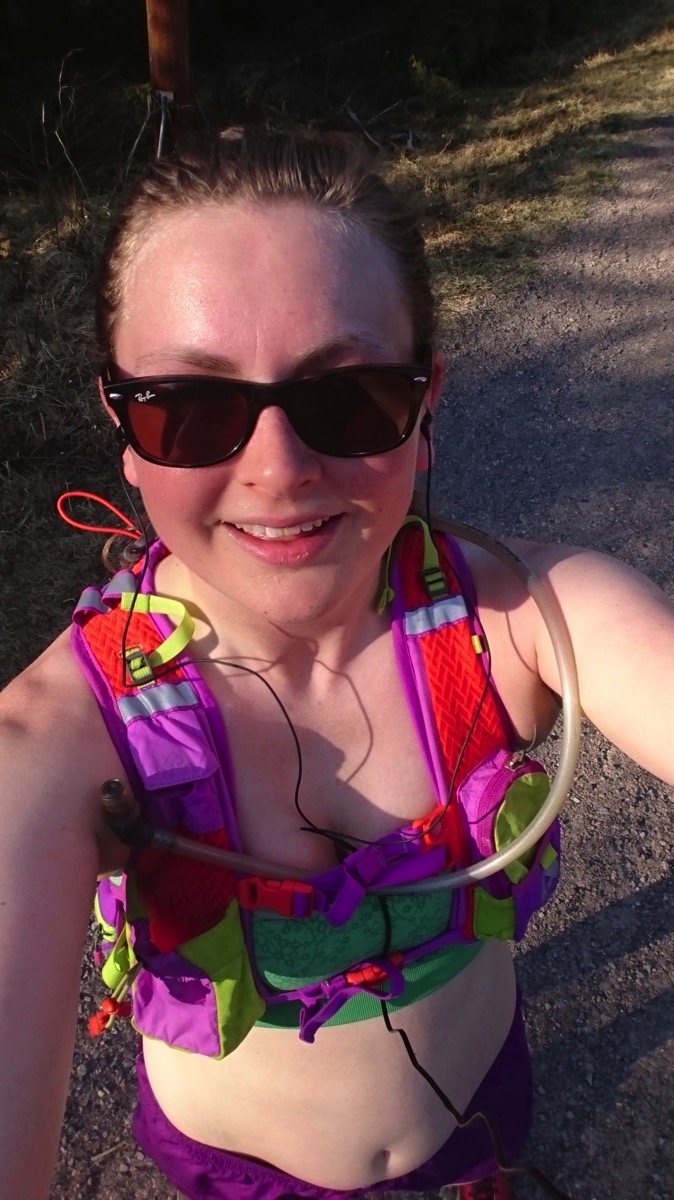 That belly hasn’t seen the sun in months!

Last weekend was four days long because of Norway’s constitution day, May 17, fell on Tuesday. Audun and I drove to his grandmother’s farm in Sunnmøre, the region of Norway famous for its dramatic fjord landscape. We brought our road bikes, and put in two solid rides that I’ll document more thoroughly at a later date. Still, I insisted that we get in one more long run during the weekend. Duplicating a route I ran last year, we ran over a mountain (Storåsnakken) and down to the next village (Eidsdal), before cruising along the fjord and hiking the final kilometers back to the farm.

It was a run of contrasts. The final stretch of trail to the top of the mountain turned out to be covered in snow, so we ended up bushwacking in brushy forest to get to the top. At our slowest, it took 13 minutes to cover one kilometer, which really isn’t running but actually kind of slow walking. But when we hit the downhill dirt road, we were clicking off sub-5 minute kilometers while still chitchatting. 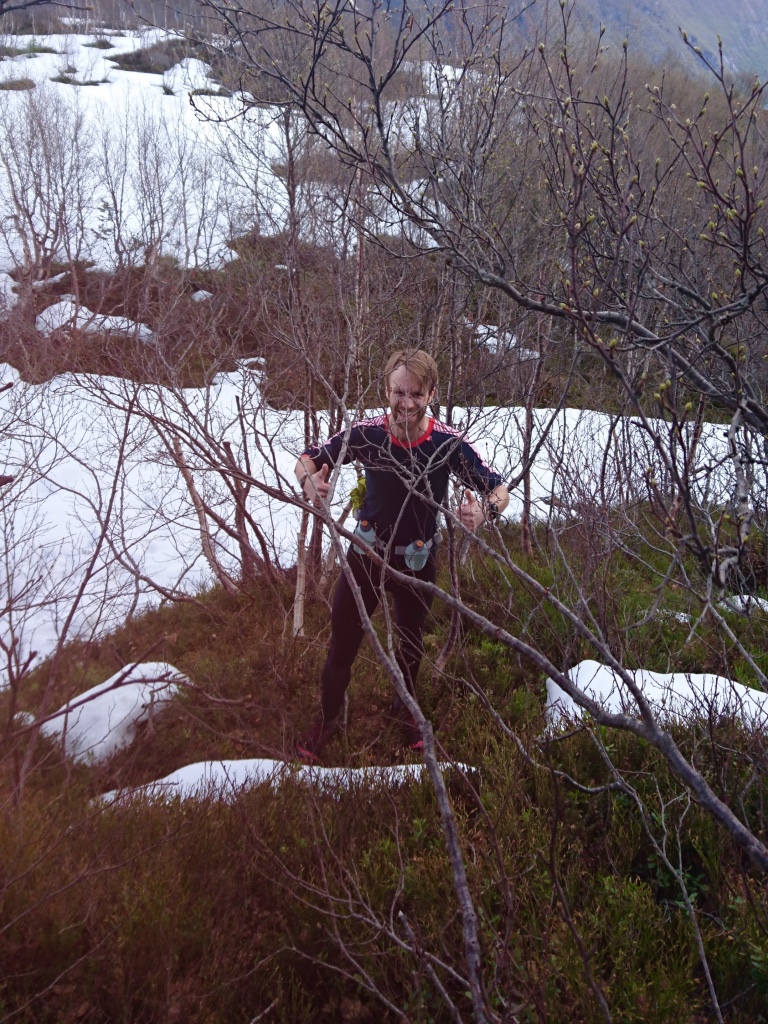 Audun’s idea of fun is bushwhacking to the top of mountains on a ‘run’.

This week, I’ve been working a lot and taking it easy, training-wise. Today I did a 5K run just to wake up my legs, and was surprised to feel…nothing. For the first time in months, no lingering soreness, no niggles, just fresh legs. I hope this means I’ve rested enough. Tomorrow will be the judge of that.