Imagine a tangerine sky lit by the slanted light of the sun, just skimming the horizon. Layers of pillowy clouds reflect the light, turning the scene into a Lucy in the Sky with Diamonds-eqse expanse. Those ephemeral moments around sunrise, when the sky slowly morphs through a spectrum of color, will never cease to mesmerize me.

Regular readers might image me to be somewhere high up in the mountains or deep in the forest at this point. But alas, a car zooming by breaks me from my reverie and I am brought back to the reality of my bike commute. 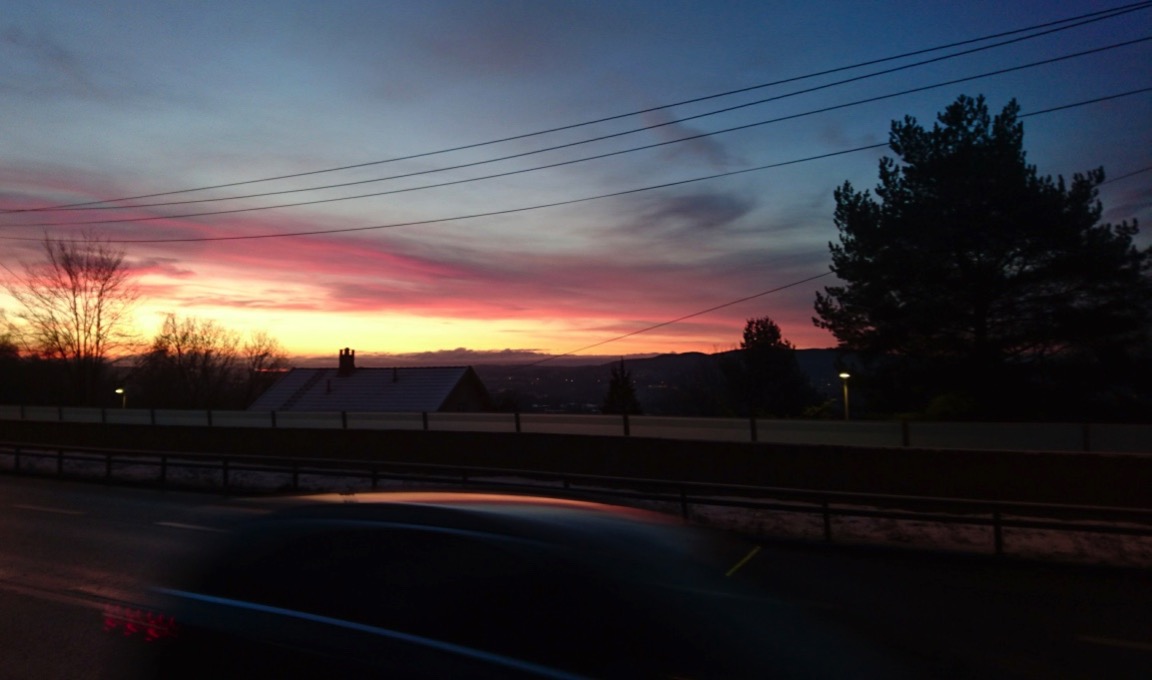 Sunrise on the commute

Several days a week, I ride my bike the 16 kilometers each way to and from work. After about 5 kilometers, I pass by a station that measures the number of cyclists passing by each day. In the summer, the number is easily 500 or more. In the winter months, it dwindles to maybe 50. 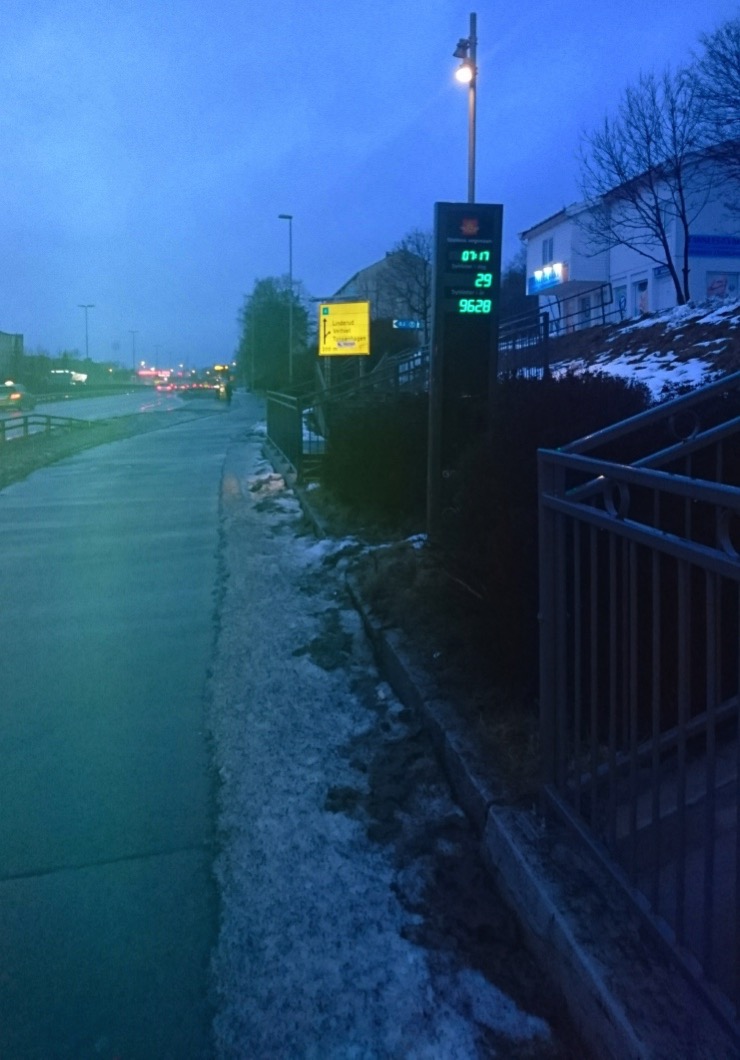 On a particularly ill-fated morning, only 29 people had passed the bike counting station before me.

I’m lucky enough to have a bike path, cleared and salted throughout the winter, available for most of the distance. Since I only have to think about cars at the few places where the bike path crosses the road, I’m free to wear headphones. I listen to tons of podcasts, but sometimes I think listening is too active of a term. The podcasts buzz in the background; sometimes I absorb the information, tucking away fun facts for later. Other times I zone out, allowing my mind to wander above the chitter-chatter of the podcast hosts. Having completed this commute, at last count, 113 times each way, I can navigate on autopilot.

Although I enjoy exploring new places, the repetitive nature of commuting has a certain aspect of discovery. There’s the changing of the seasons, of course. In the winter in Norway the amount of daylight changes rapidly from day to day. In January all of my commutes are in the dark; by February usually bookended by either sunrise or sunset. There are also incremental changes in the scenery. A sign that has been knocked over over the weekend. The progression of roadwork; new paint on a building.

And my body feels different every day. My relative state of fatigue seems to reflect onto the terrain around me, steepening the hills on some days. Other days I grind along, mashing my gears and regretting not selecting a less strenuous mode of transport. But somehow, if I manage to get out the door and onto my bike, I always get where I’m going. 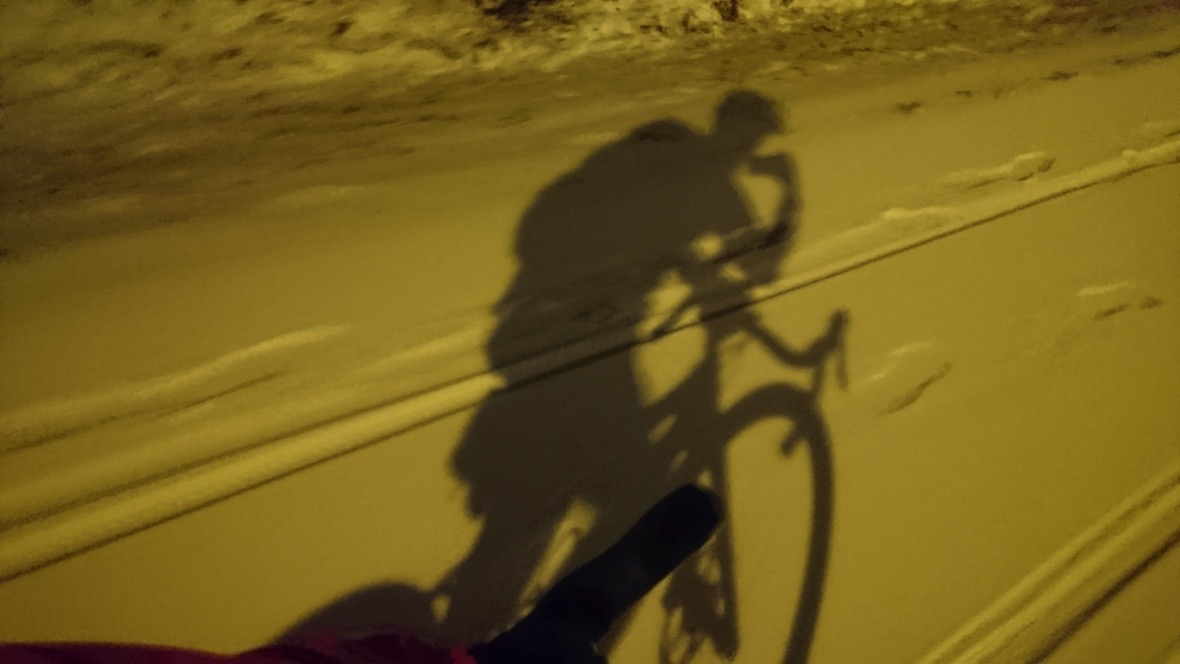 On the commute, I often see the same people over and over. Those who stick out the commute through the winter are mostly men. Some are serious and concentrated, other smile with some inner joy as they pedal through the world. I like to think I am the latter most days, although I do consider myself a woman on a mission. 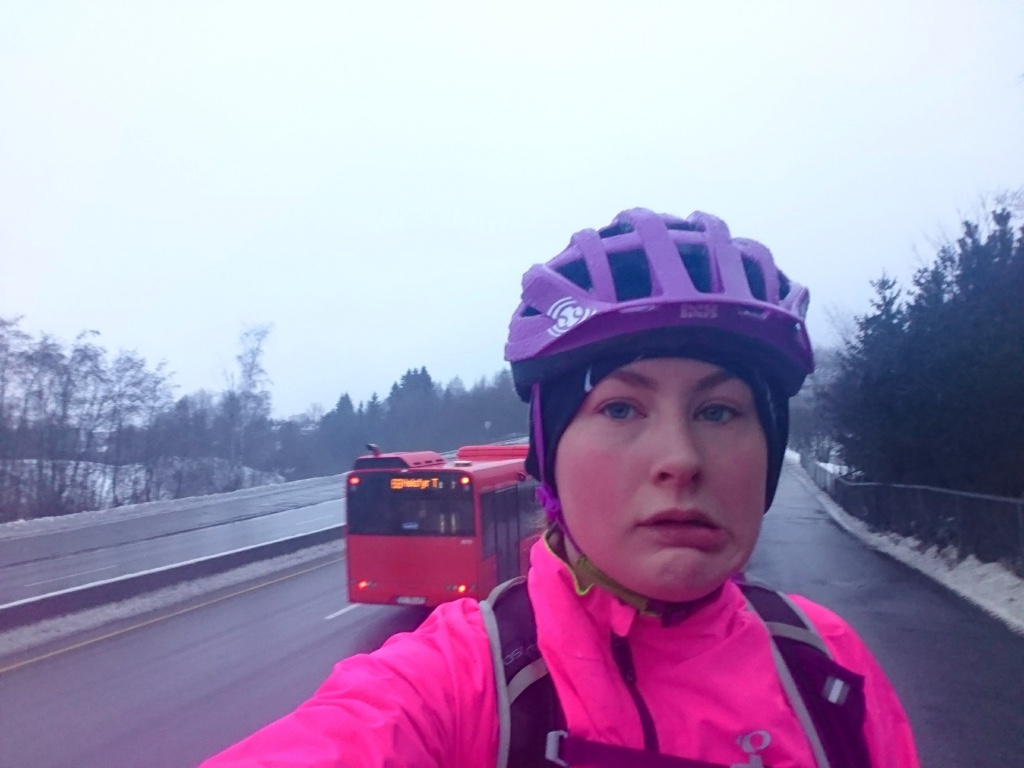 Regretting my decision to ride one rainy February morning.

A bike commute can encompass every shade of being. Some days I sleep in, and jump out of bed and into my bike clothes, shoving breakfast in my backpack for later before blearily rolling my bike out the door. Over the course of the next forty-five to fifty-five minutes I wake, enjoying fresh morning air. Other days I have to bargain with myself to ride my bike. The ultimate trick up my sleeve is the delicious bakery at the top of the highest hill on my commute. On the days when I lack motivation, the promise of a cinnamon roll or croissant at the bakery might just do the trick. 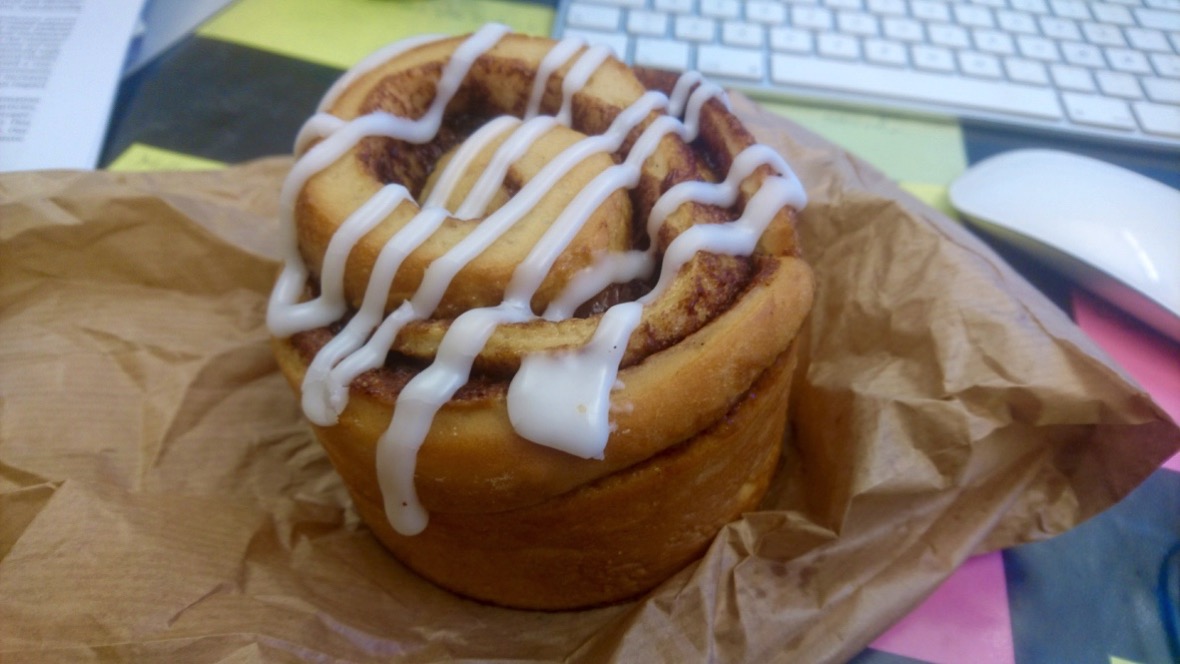 The reward of a cinnamon roll carried me to work.

The more I commute by bike, I hope, the more it will become a natural extension of me. A loop so automatic I will stop questioning the ice and the rain and snow and just keep pedalling. Someday. 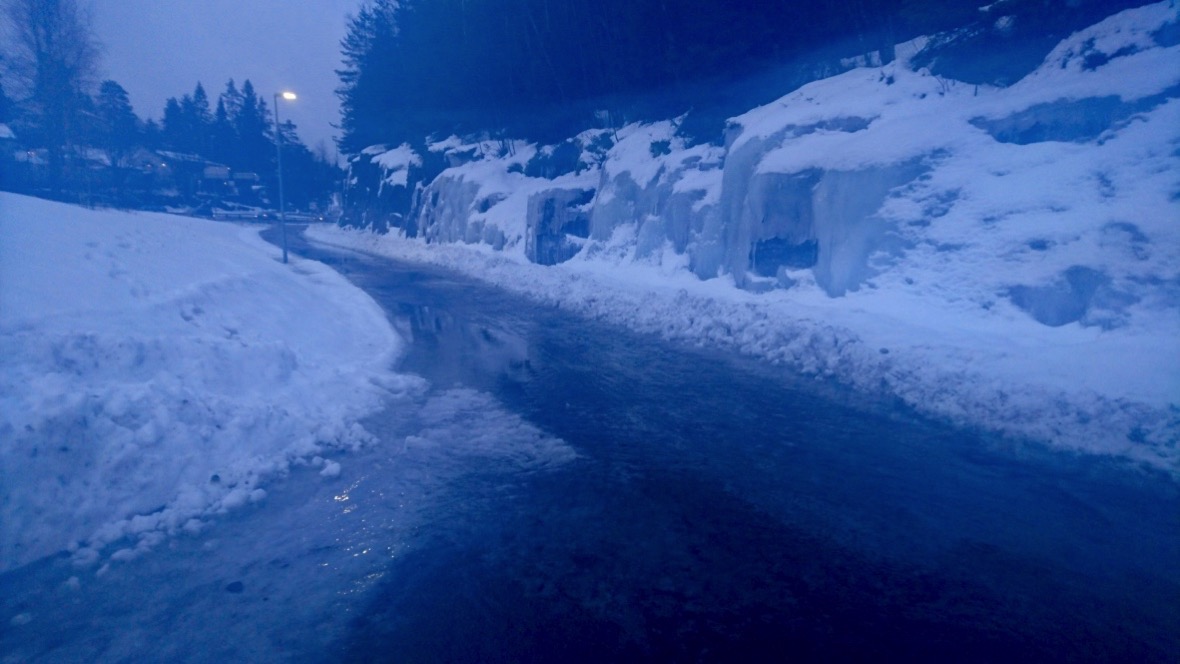