In three days, my year in France is over. The TGV will take me to Paris and then a flight to my new home in Oslo.

I have a mixture of feelings from relief to fear to joy. First of all, I'm finally going home to this:


... which I'm obviously looking forward to. I can't say I've loved everything about my life in France (let me tell you about some of the paperwork I've had to do!), but in some odd way Grenoble has become my home. Or just the mountains around Grenoble. I still find myself getting lost in the maze of the old city occasionally.

So last weekend was my goodbye to the mountains. Mom and Dad have driven down from Norway to hike in the Alpes and then drive my bicycles (!) home for me. We were in Annecy for the Tour de France stage on Saturday (I'll post pictures when I get them - my camera was on strike). Then on Sunday we tackled Grand Veymont in the morning.

The trail starts out steep - no zigzags here! - and rocky. Mom declared she was feeling tired from the previous day's hike, and then proceeded to motor up the hill.

Sebastian, know as Ralph, the Dog was along for the ride, and stopped often to pant in the hot sun and make sure that the Master, aka Dad, was coming along. Dad was moving along rather slowly because he was stopping to smell and take pictures of the flowers (these biologists!)

It was, as the photos hint to, very hot. Luckily a slight breeze helped our sweat do what it's supposed to.

We reached the col before the final climb to the mountain and to our dismay met a park ranger who had bad news. NO DOGS in the natural reserve of Vercors. So Ralph didn't get to go to the top, and neither did Mom. Dad and I powerhiked the rest of the way, and dug the view of magnificent Mont Aiguille.


After a late lunch in boiling hot Grenoble, Dad and I headed up to the Chartreuse to finish a piece of unfinished business I have from back in October: Dent de Crolles.

We took the steep way up:

The light over the rest of the Chatreuse was incredible.

The view from the top was not too shabby, either. On one side, the drop down to the Grenoble valley.

And on the other, more of the Chartreuse mountains 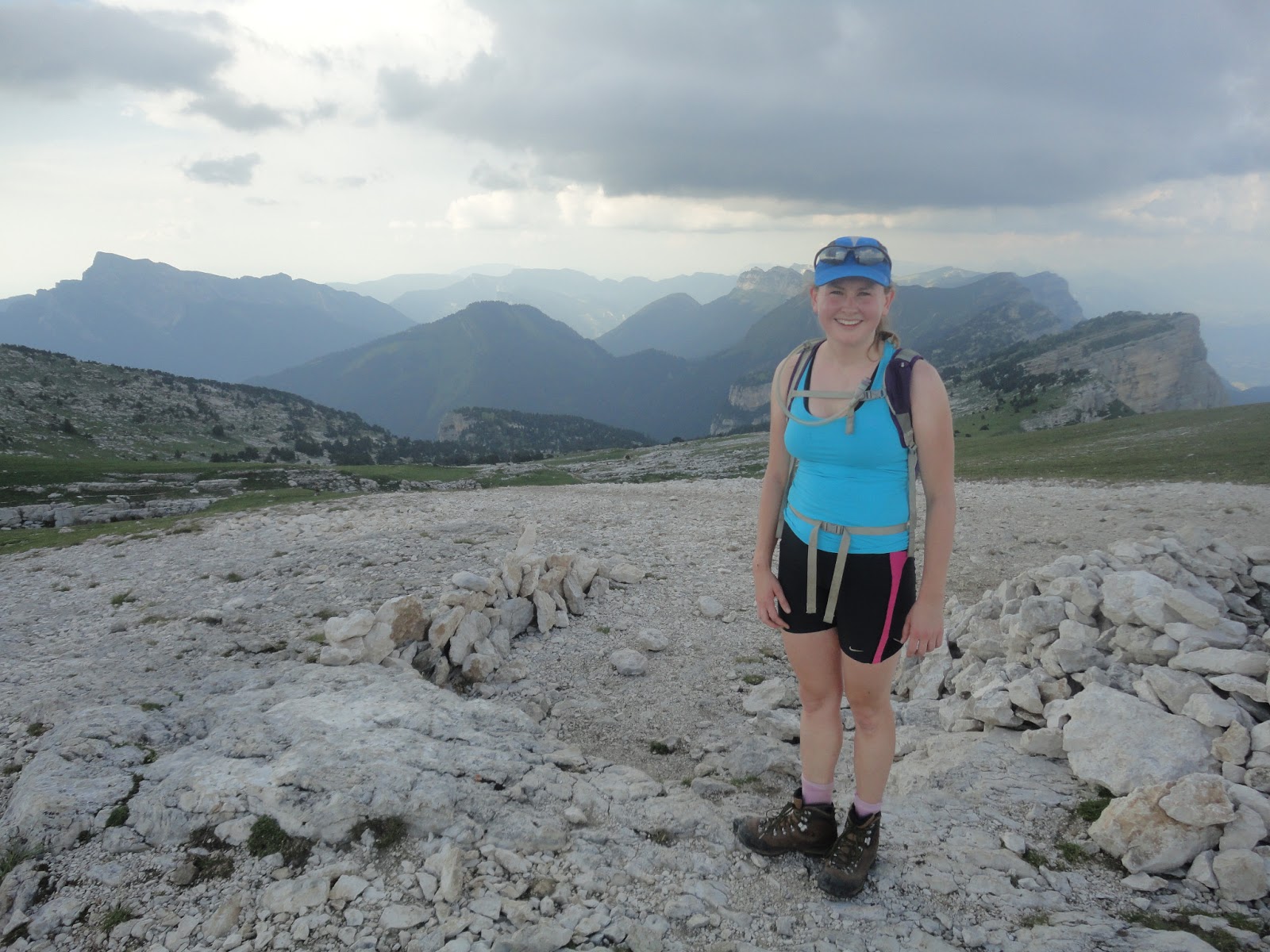 All the way across the top of the mountain there are sinkholes, which Dad said meant there were probably caves. He was completely right - Dent de Crolles was once the deepest cave in the world. We found a gaping entrance on the way down. I found it a little spooky, all wet and dark.

The hike down was also really cool because the path went through several tight passages.

So glad to have gotten around to going up Dent de Crolles before I left!