Latvia and back on the track

Last week was a slow training week, mostly due to the fact that I spent three days in Latvia, socializing with old friends. Last week also marked 10 weeks to my first big race this season, Sentrumsløpet 10K and 14 weeks to Oslo Ecotrail 45K. I hope to PR in the 10K (again) and finish the 45K strong. In other words, it’s time to stop fooling around and get running! 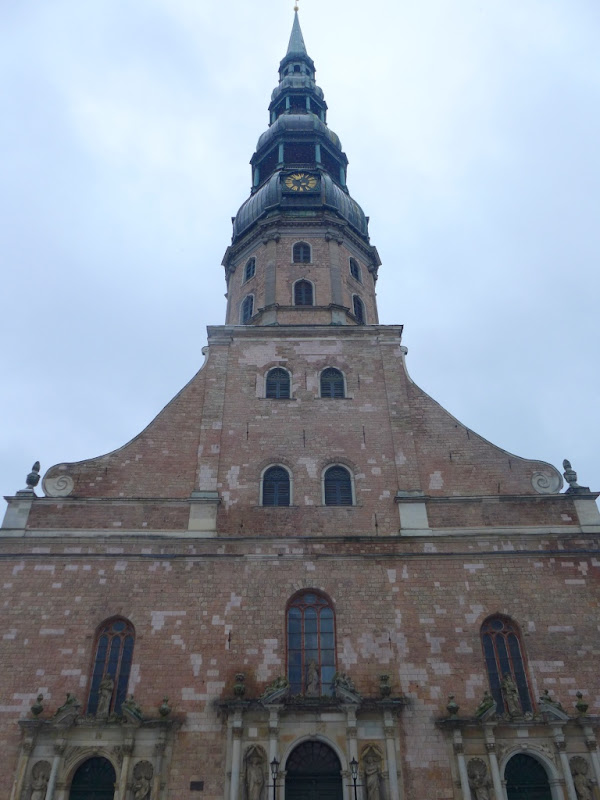 Riga’s Saint Peter’s Church. Lots of beautiful old buildings in the old city where we stayed!

Monday: After the Storsalen Epic, a rest day was in order. I couldn’t help but drool at the fresh snow that was falling in Trondheim though, and I vowed to get out the next day.

Tuesday: AM yoga + strength training. Dad and I decided to try and leave work early to get in a descent ski before the sun went down. Long story short, we failed miserably, but the sun doesn’t go down so early any more so we still got to ski (mostly) in the light. We went for around Skjelbreia lake and then did a bonus lap in the lighted trails at Fjellsetermyra for a total of 16K. My skis were terribly slow, so even though I felt snappy on the uphills I lost free speed on the downhills.

Wednesday: I got out for another ski in the AM, this time in Estenstadmarka, on the other side of Trondheim. The waxing conditions were heinous, as the temperature was +3 C low down and went below freezing (I suspect) further up in the hills. I alternated between slipping and collecting gigantic clumps of snow under my skis. If nothing else, it made for a good workout.

Since I spent 7 hours in the afternoon on the train back to Oslo I was glad I gotten out in the morning to combat the restlessness that comes with sitting still.

Thursday: Back in Oslo, it was time for the first track workout of the year. I’m trying to shake things up and improve on my weaknesses, and the track is an obvious place to start. I convinced Audun (who is planning to take revenge on the 10K distance) to go to the indoor track at Bislett with me.

The indoor track is kind of bizarre. First of all, it wraps around the outside of the regular track, and is therefore 546 meters instead of the more conventional 400 meters. Also, the track (as far as I can tell) is circular rather than oblong, so you can’t really gauge how far you’ve gotten as you run around it. During the hours it’s open for the general public, it’s also rather crowded with people going at speeds varying from a slow jog to a sprint. The only thing to do is to go about your own business and get your workout down. 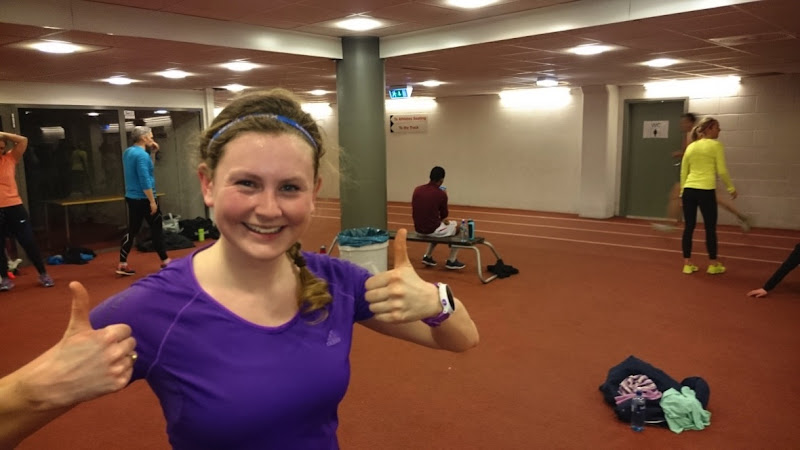 The workout of the day was 6x400m repeats. I’ve never run 400m repeats before, but according to the illustrious Jack Daniels, I was supposed to be running at about 4 min/km. I had no idea how fast this would be and went out about as hard as I felt I could hold comfortably for about a minute and a half (if that makes any sense). To my surprise, all of my reps ending up being much faster than the suggested pace, even though I felt like I was going an an appropriate intensity.  Could it be I’m not the tortoise I’ve always pictured myself? I also felt that this ‘fast’ workout was easy compared to many workouts I’ve done, simple because the intervals were so short. 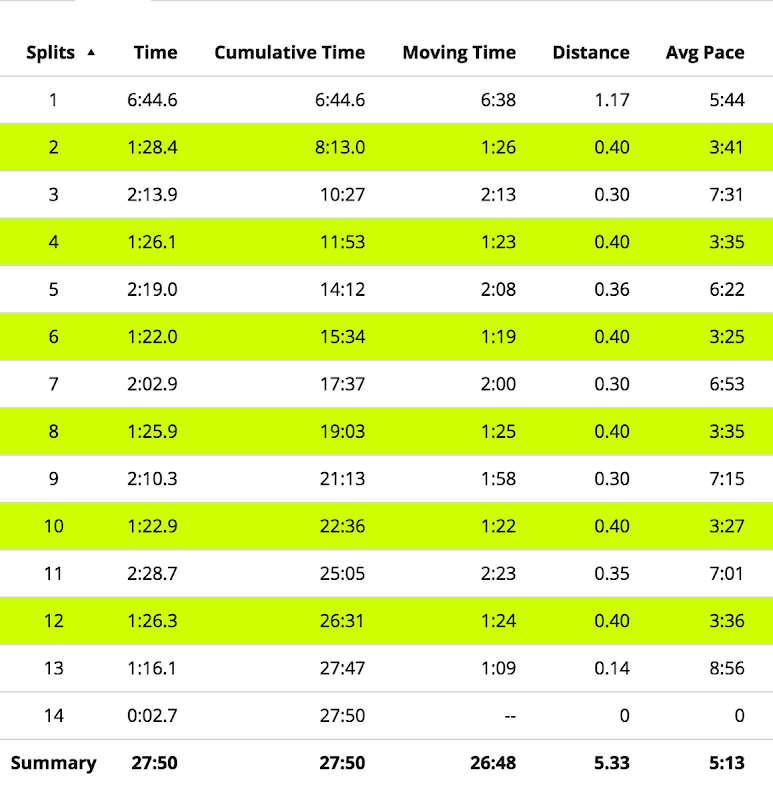 Workout splits, for all the running nerds out there. 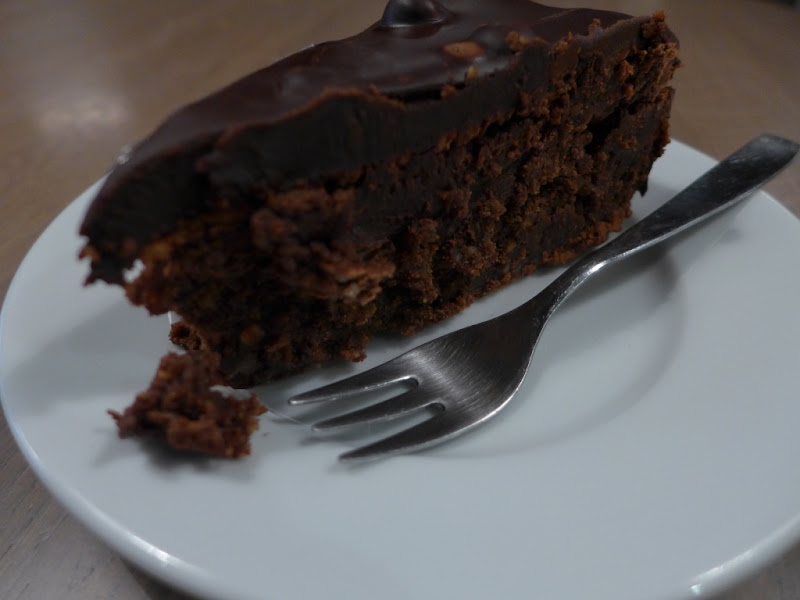 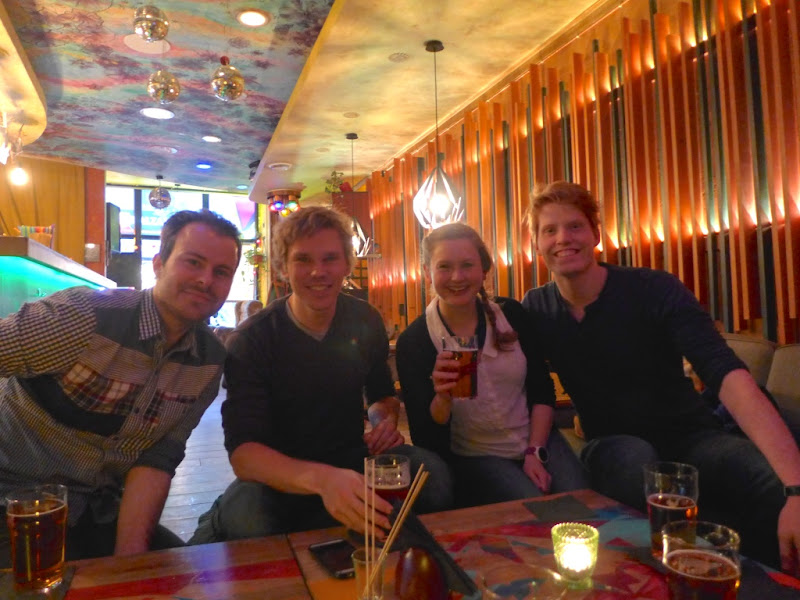 And also drank beer. From the left: Åsmund, Fredrik, me and Ambjørn.

Saturday: Still in Riga, I decided check out the hotel gym. It was very simple, but had a treadmill. Although I generally advocate run outside in new places, in Riga it was around freezing and the streets were covered in a deep layer of slush. I don’t mind the cold, but cold and wet make for miserable running. So I decided to take the easy way out and spent an hour on the treadmill, slowly increasing the pace to relieve monotonous boredom. Now that I remember how boring treadmills are, I won’t be doing that for the rest of the season! 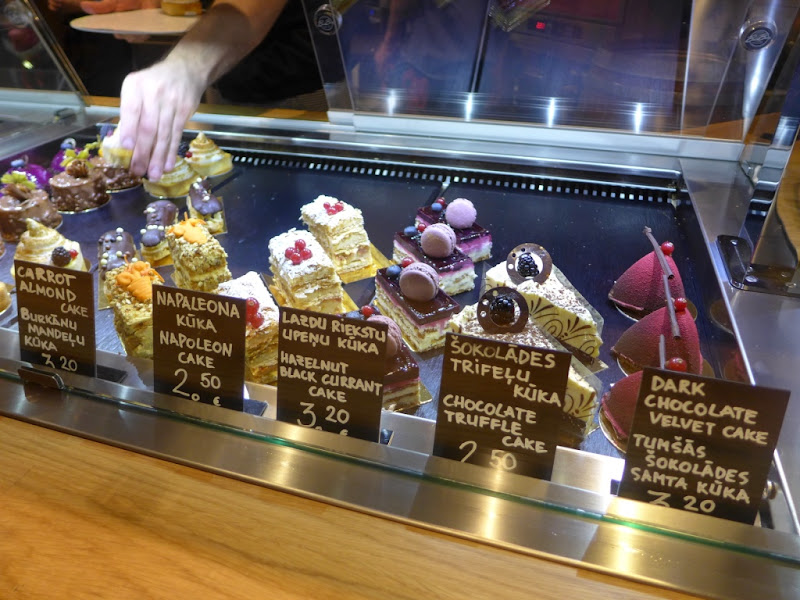 Sunday: Rest, and travelled home from Riga. Got a deep tissue massage in Riga before we left. Wish I treated myself to massages more often, there is nothing more relaxing!